I was looking at a Zero-IT activation via a wlan for a BYOD WPA2 SSID (with portal authentication) I started with 9.6 and hotspot type but wasn't having much luck.

After upgrading to 9.8 I couldn't get anything going however talking to support it turns out that I should now be using guest access type.

This works in a fashion however it doesn't auto redirect on any device other than android. This means that the user has to 'know' to open a browser for the redirect to then work.

Talking to my disty they said that hotspot would of worked IF I had inputted the 'known' urls that different devices use to kick off hotspot registration (apple.com, facebook.com, akamaihd.et, etc) however I cant try that now as I've upgrade to 9.8 and zero-it via hotspot as been removed.

Has anyone got Zero-IT and auto browser redirection (ie not having to open browser manually) working on any devices (other than android) in hotspot / guest type? More so guest type if that's now how Ruckus works.

Will Ruckus resolve this in future versions?

Unfortunately there is no straight answer. ZeroIT depends on re-direction and re-direction depends on the client sending an HTTP GET. This is regardless of the device type, what triggers the client to send the GET packet is different, not only by device type but also by different version of that same device.

It used to be Apple device, iOS like iPad/iPhone would have a function (CNA, Captive Network Assistance) that checks for internet connection via some sort of call home method. iOS used to look for "http://www.apple.com/library/test/suc..." and if successful it would know the iPad/iPhone had a connection to the internet and it's done. If it did not get a successful response it would assume that the network it's on is a captive port of some sort and launch browser automatically, and it would get re-directed automatically. Now this can happen to windows and droid as well, connecting to an CP wlan a browser is automatically launched, I have seen that on my droid. Applle has added a few more url check in their CNA check. Most vendor including Ruckus has some sort of CNA bypass feature, but as new and more CNA URL check that may also not work every time.

To make it somewhat more complicated, there is even a new mechanism, iOS and possibly other OS has a "memory" of the last successful connection, so the automatic re-direction popup may not work all the time.

This is a client dependent functionality and it is doubtful that Ruckus or any other vendor for that matter will be able to resolve the issue.

>>>"...Has anyone got Zero-IT and auto browser redirection (ie not having to open browser manually) working on any devices (other than android) in hotspot / guest type? More so guest type if that's now how Ruckus works. "

Did you resolve your issue to your satisfaction?

To have automatic redirection for Zero-IT via WLAN you can use BYOD onboarding portal.

Onboarding portal is configured via Guest Access --> Enable the check box next to Onboarding Portal to enable Zero-IT device registration from the Guest Portal. 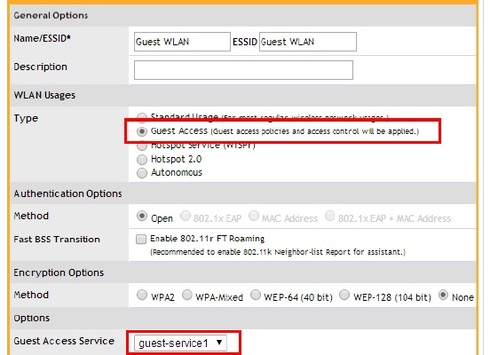 But since it used Onboarding, when user get 1st time to be provision, it will go to onboarding portal 1st

And click on register device. the subsequent screen will have the same screen with WLAN Connection Activation page.