I received my ICX7150-C08P along with an R610 to replace my Ubiquiti gear. My current network configuration is Verizon ONT to pfSense on a Dell r210 -> Ubiquiti 8 port PoE switch -> Ubiquiti AC-Pro AP. I have 3 wireless LANs, one guest, one normal use, and one for the work laptops. The guest network and normal use network are on the LAN interface in pfSense and I have created VLAN10 as an interface for the work laptops. Then, in the AC-Pro I created the WLAN for work and in the VLAN section I added that it was for VLAN 10 and viola, up and running without making any config changes to the switch. When setting up the R610 with the WLANs it was no sweat (with the Ubiquiti switch). When configuring the work SSID I added "10" to the VLAN config and everything was working nicely. This is where I run into some trouble. When swapping out the Ubiquiti switch for the ICX7150-C08P, all devices plugged in come up without configuration, even the R610 AP. The only thing is that my "work" SSID (VLAN10) doesn't have internet access. I'm thinking that I need to configure the port that its plugged into on the ICX7150-C08P (its plugged into port e1/1/3) as either tagged or a trunk port to pass all VLANs but I'm struggling to figure out which way to go. I puttered around on the CLI and created a VLAN 10 and tried to tag port 1/1/3 for that VLAN but still no internet. I also tried following some of the Rukus documentation for VLANs but wasn't able to get it working. Is this possible to have one switch port have the default "Access VLAN" of 1 and have VLAN10 configured as well?

You need to configure a second port in this vlan, or where is your router connected.

pls paste your ubiquity vlan settings, I can sen you snippets with the vlan config. 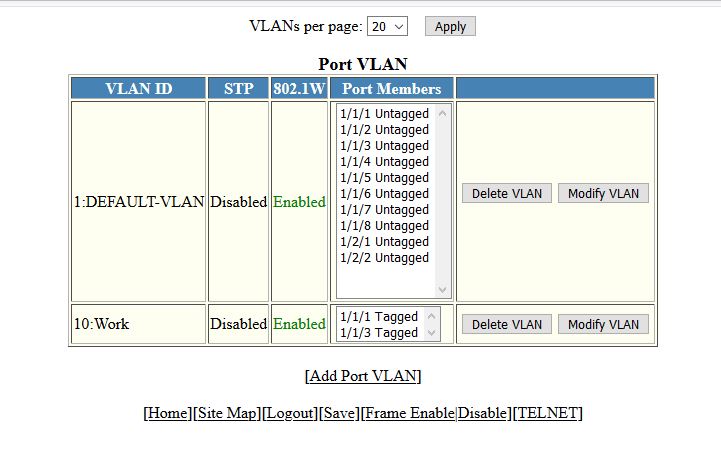 Yes, You can untagg a switch port and tagg the same in different vlans, This was earlier called as dual mode [prior to FI 08.0.80] and changes introduced lately in the way you configure it,

We have made quick video about it to understand the difference, Pls watch out when you get a chance.

Hi Jijo! Thank you for posting this video. It helped nudge me in the right direction.

Awesome! I'm glad you figured it out.